Our primary cruising destination will be:

After all, look at the color of that water! 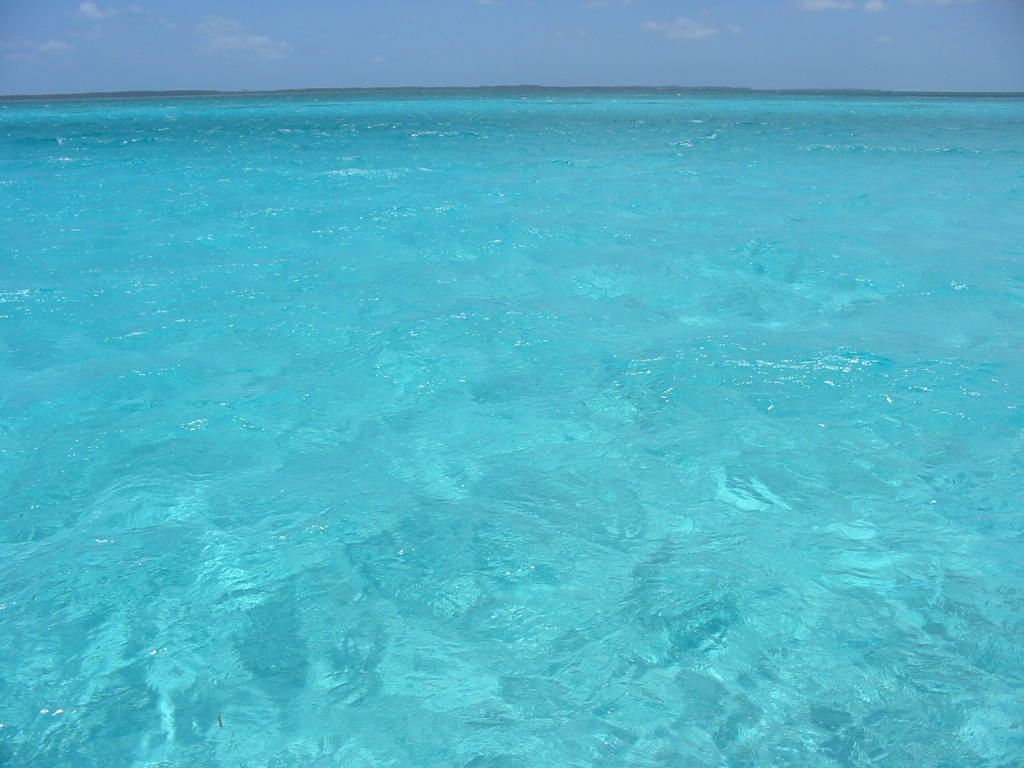 Dreams unexpectedly crystalize into plans if you try. Our cruising dream was just that, a dream, for a long time. One day the pieces we'd been assembling one at a time, sometimes in very unrelated ways, some of which we'd forgotten we'd even done, came together with a bang and suddenly we found ourselves on the other side of a doorway. The dream was no longer a collection of sailing books and magazines and far off yearnings about what might be, but a solid piece of fiberglass, 40 feet long and weighing some 24,000 pounds. What a surprise to find myself walking around on the deck. Right under my feet, a dream turned into reality. I was (and still am) no less surprised than if I'd rubbed a lamp and a genie appeared.

I have been extraordinarily fortunate in that I've had several of my wildest dreams come true. I would wish that everyone could have that happen at least once.

(For a piece I wrote about how the dream began, click here.)

I've learned not to make any firm plans, but to have intentions. Life tends to interfere with plans, but intentions are malleable and with some finesse you can get where you wanted anyway. (And often the trip is more interesting.) So right now we intend to go on a first expedition of six months. We'll make the trip back down the river, across the gulf and to the Bahamas, then return possibly as far as Demopolis or even Knoxville. Then work another six months while we do all the things to the boat I'm sure we'll think of on our first trip out. Then if all goes well we'll head out again with a wide-open horizon with at least three years worth of cruising kitty in the bank. That'll give us more than enough time to explore the future. Or, we may just go cruising six months and spend six months here, working, during hurricane season. Our main goal is to have no firm plans.

I want to take our time and explore the Gulf coast as we head South. I'd like to spend some time in the Keys. I want to live in Key West at least one winter, quit shaving, write, and just walk around and be a boat bum. I also want to make the trip up the East coast at least once. Avoiding hurricanes will be a priority, so that will be a good excuse to head North for a while. Right now I'll be more than happy to just make it to the Bahamas a few times and get some experience. We'll probably transfer our licenses to Florida (Done!) so we can work there if we need to, and I suspect we'll need to. This boat thing is exponetially more expensive than it looks. On our way up the East coast we'd like to stay an extended time in Wilmington, NC, so we can explore Southport, just across the river, which is where we want to end up someday. (Eventually, maybe in ten years or so, we want to settle down and buy a house in which we'll stay for good. I'd like to modify that house to be a ZEH.)

If things go well, who knows? Gretchen wants to see a koala. As a famous traveler once said, "First star to the left, then straight on till morning..."